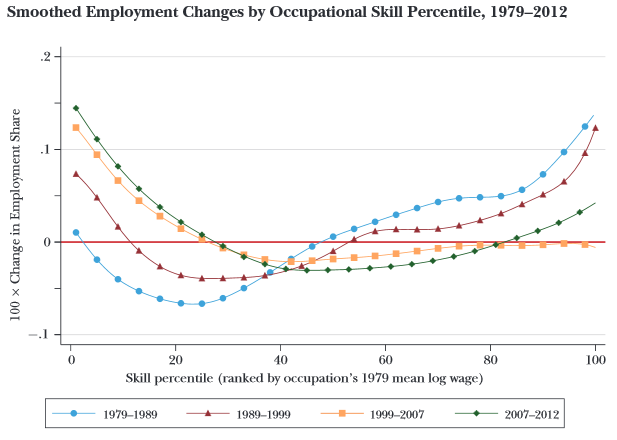 source: https://ourworldindata.org/returns-to-education
NOTE 8/19/20 - The "pandemic" is a conscious effort to diminish the middle class, further increasing the power and control of the wealthy.

The Cost of Progress (How We Destroyed the Middle Class) 6/9/18
We look at our time in history and compare it to any other and we find giant leaps forward in housing, food, medical care, transportation, entertainment, and most any other segment of the economy, as well. Would anyone want to return to the standard of living 1,000 years or even 100 years ago?
Just a thought, but how would we compare the present with past ages or other cultures in terms of the people’s physical and mental health, satisfaction with life, family stability, incidence of substance abuse, incidence and types of crime, nutritional status, and other such measures?

Progress is defined as the “gradual betterment; especially: the progressive development of humankind.” Looking at history, we have leaped forward at times (the Renaissance, “discovery” of the Americas, the Industrial Revolution, and the rise of automation and the computer, for examples), and landed on a course (generally) slightly upward between these bursts of innovation.
We are in one of those moments of transition between the leap and the landing, a time of great disruption. The events of economics and politics and sociology have caused the collapse of the middle class, especially in the U.S., but also in Europe.
This may seem a stretch for an article on improving health, but we have only to look at the opioid crisis, the increase in the suicide rate, and the pessimistic view of life in view of wage stagnation and the number of underemployed to see the effects on our overall well-being. Our mental health affects our physical health more than any other single factor. We need to understand the present in order to move into a brighter future.

Let us see how automation and computers have affected the 3 general groups of employment in the job market, and why the Federal Reserve Bank of New York states "44 percent of recent college graduates are underemployed — working in jobs that don’t require their degree — as of 2012." (see above the "Percentage point change in employment by occupation" graph 1979-2012):    Income for the professional group has increased more quickly than the other 2 groups, even as the number employed in this sector has risen, also. This is because demand for their services has increased (look at medical service demands as general health declines!), but the supply of those with the necessary extended education has not increased as much. Note that demand for these professionals has been rising less quickly, but a relatively lower labor supply has kept wages up. Demand up + labor supply down = wages up!
Income for the second group has gone down as demand for their skills has also gone down due to technological advances. This group is primarily high school graduates with some college or even a basic degree. Demand down + labor supply constant or up = wages down!
The third group has seen stagnant income. These were high school graduates or drop outs, but now include those who were in the second group but were unable to find employment in their job types. Demand is up + labor supply up = stagnant wages.

Note that there are other causes contributing to the hollowing out of the middle income group. The significant trade imbalance has been a transfer of wealth from the U.S. to countries (especially China) who have lower labor costs and/or subsidized industry. And the baby boomers who grew into free spending (and borrowing) adults and creating a "baby bust" in return necessarily resulted in reduced income.

Professionals are made more productive by computerization, while middle skilled workers lose jobs to computerization and fall into the service sector. Service sector jobs are less threatened with automation and see demand rise, but increased supply of service laborers keeps their wages from rising.
We see the polarization of jobs – primarily high income and low income with fewer in the middle – just as we see polarization of politics with fewer people and politicians in the centrist position. This is true in Europe, as well. Almost sounds reminiscent of ages past with lords and servants!
With more workers falling into the lower wage group of the service sector (a lot more bar tenders and restaurant wait staff than there used to be!), we may see demand for the higher echelon of professionals fall. For example, lower income people need more government support for medical services, which will mean higher taxes and lower income for medical personnel.

So we see more 4-year college graduates, but fewer jobs for them. We also see women earning a majority of post-graduate degrees  (graph below) in recent years, becoming a higher percentage of those in the professional ranks. Given the pay disparity between male and female workers in the same job, this trend subtracts from personal income and available money to spend for goods and services among professionals.
A final graph shows how low wage jobs have had the largest increases in percentage of the labor market and even the professional jobs have had relatively smaller increases (and some declining points) while middle income jobs have steadily lost share. The low income and high income groups are growing (low income the fastest) while the middle income group is disappearing.
Some comments from this same website:
On health: “Those who moved into optimal jobs showed significant improvement in mental health compared to those who remained unemployed. Those respondents who moved into poor-quality jobs showed a significant worsening in their mental health compared to those who remained unemployed.”
On discouragement: “We should also probably keep in mind that the percentage of the population in the labor force peaked back in the year 2000, and has been falling since. The above chart of employment skills polarization only examines the makeup of those employed, and ignores all those unemployed and all those not even looking for work anymore. The amount of those employed within the total population is at a record 38-year low of 62.6%.”

Our technological progress has come at a cost, just as with every change from an existing technology to a new technology. We have done and are doing little to help those most affected by the changes. A 4 year BA is no longer a ticket to a good job; at least an MBA is now necessary, or skills in software development or a professional degree.
One website lists the top ten highest demand jobs (for 2018) overall and annual income as follows:    There are not many jobs here that fall in the middle of the income range. Skilled trades – heavy truck driver, carpenter, plumber, and electrician – are in high demand (but not the top ten) and have average incomes ranging from $40,000 to $60,000, moving into middle class.

Tremendous opportunities are open in the areas of alternative energy, provision of clean water, more effective use of resources for more nutritious food, and investment in the environment that will yield high returns in the health of all life - people, animals, and vegetation. Education giving more focus to these issues will have a great impact on our quality of life.
These areas face entrenched competition for capital and resources and even government support. We must invest in the future rather than try to bolster the past.

"Polanyi’s Paradox: We can know more than we can tell, i.e. many of the tasks we perform rely on tacit, intuitive knowledge that is difficult to codify and automate."
Next article